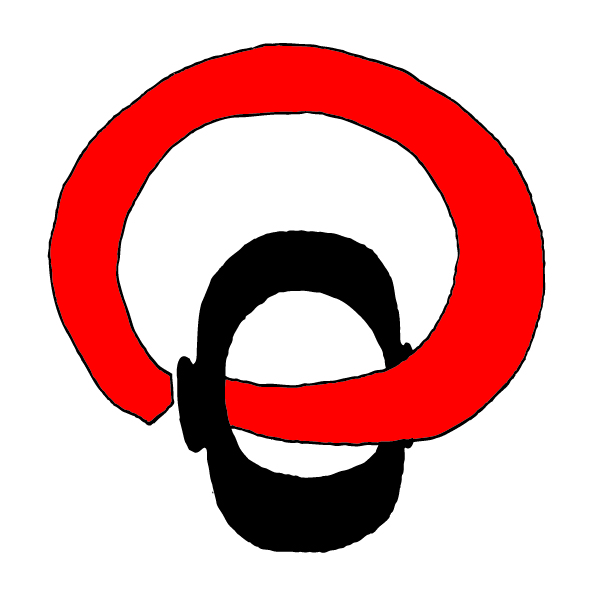 Imagine a neighbourhood. A neighbourhood which was conceived and built in the place where the only inhabitant was a whistle of wind. They used to call it Ledine (wasteland).

As with all wastelands, stretched between the wideness of the sky and the field and crossed by the fly of a bird, the same was true with this wasteland all the way until 1961. Imagine then an effort to draw a point at a sufficient distance from the city as an anticipated boundary to which the city development is envisioned. This point, fortunately for its future residents, was made in such a way that it could function fairly independently. In order to still be called Belgrade, a bus line was assigned to it. On this route, on their way to what was then known as the City, residents of this neighbourhood could comfortably fit and enjoy reading a good part of a book or simply enjoy observing the deserted landscapes today known as New Belgrade.

Imagine this neighbourhood in its entirety. With its 16 streets in total, eight of them heading east and west, and other eight stretching from north to south. In such a ‘chess field’, imagine a dispensary, a kindergarten, a store, a market, a post office, a local community office and a school. At the very edge of this neighbourhood, imagine a memorial to the horrors of the Great World War and the tragedy of a large number of people. Imagine, their misfortune was that they were of other religion.

In such a neighbourhood, before all its inhabitants, imagine a group of guests from those parts of the world which are today known as “developing countries”. This group gathered in Belgrade in 1961 with an idea of peace and sharing the world on the basis of difference and diversity. Imagine that after these first guests left the neighbourhood, people from all sides, all religions, different skin colours and mother tongues came to inhabit this unique ‘chess field’. Imagine, they came to live with each other. They came to this newly built neighbourhood with an idea of staying for a while. All of them were actually pressured by some kind of social and economic instability. And you know how it is with such ones – away from the eyes of the city, they should not be seen, so they do not exist.

However, imagine that so far from the eyes of the city, in this neighbourhood, something unexpected developed: a community! A community that is rare today in most of the ‘developed’ societies. The life of communion emerges full of values of sharing and respecting. To each other, before all, these people were neighbours. In such a new environment everybody tried to be or to become a good neighbour and a good friend. Together with the trees planted in the area, imagine, children and mutual relations also grew. The life, due to the tightness of the own four walls happened on the street, in the yard, on the trails and passages that went to all directions and to all sides.

Imagine a neighbourhood without walls and fences. Imagine that you can run a race diagonally through the neighbourhood. Imagine that during hot nights you can hear a murmur in the streets until late hours. Imagine all the neighbours cleaning together the snow from the street. Imagine a lunch every day with another neighbour. Imagine going to a kindergarten and to a school, inviting friends to your home and visiting their houses in other parts of the neighbourhood. Imagine helping friends when they are in need and receiving help from them when you need help. Imagine having a celebration that you never heard of before. Imagine a party so big that the whole street is celebrating and all the cars have to go around. Imagine that everyone in the neighbourhood is greeting you. Imagine running forward to embrace mama and papa when you spot them on the street coming back from their work. Imagine growing your fruits and vegetables. Imagine playing on the street without taking care of cars passing by. Imagine sharing the only bicycle in the street with your friends – ‘everybody one round’. Imagine camping with friends in your garden. Imagine having animals all around, …

Imagine that, for this reason, the school as the only educational and cultural institution in the neighbourhood is threatened to be closed due to the reduced number and ethnic structure of its students. Imagine that the library of the school is already working only half-time. Imagine that with this trend we cut the branch on which we sit. And imagine… the fall is inevitable. Imagine a neighbourhood that left the destiny of its school to the law on financing the primary education institutions, a neighbourhood whose destiny is left to the result of an endless series of bad decisions.

In a society of bad decisions it is not impossible to make a good one. As it was possible to start the life back in 1961, it is still possible to mark the point on the horizon to which we will travel on a daily basis in order to reach it. Let this point be called a New School! If you have managed to imagine all that, then what are you waiting for?